The T1w anatomical image was coregistered to the template functional image (task rest, run 1, echo 2, volume 1) using SPM12 coregister/estimate functionality. Before resampling to the functional resolution, this coregistered T1w image was segmented using tissue probability maps and SPM12's unified segmentation algorithm. This yielded subject-specific probability maps for gray matter, white matter, CSF, soft tissue, bone and air in the subject functional space. All of these probability maps where then resampled (using coregister/write) to the subject functional resolution. Masks were generated for gray matter, white matter, CSF, and the whole brain (a combination - logical OR after thresholding - of the previous three masks). These are overlaid on the coregistered and resampled T1w image below, to allow visual inspection of segmentation and registration quality.


Anatomical regions of interest were taken from the cytoarchitecture-based atlases in the SPM Anatomy Toolbox. For the motor cortex, regions 4a and 4p were used. For the amygdala, regions LB, IF, SF, MF, VTM, and CM were used. Regions of interest were transformed from MNI152 space to the subject functional space using SPM12 normalise/write, as well as the inverse transformation field that was saved as part of the segemntation procedure mentioned above. The regions of interest for this study include the left motor cortex (for the motor task runs) and the bilateral amygdala (for the emotion task runs). These ROIs are overlaid on the coregistered and resampled T1w image below, to allow visual inspection of normalisation quality. 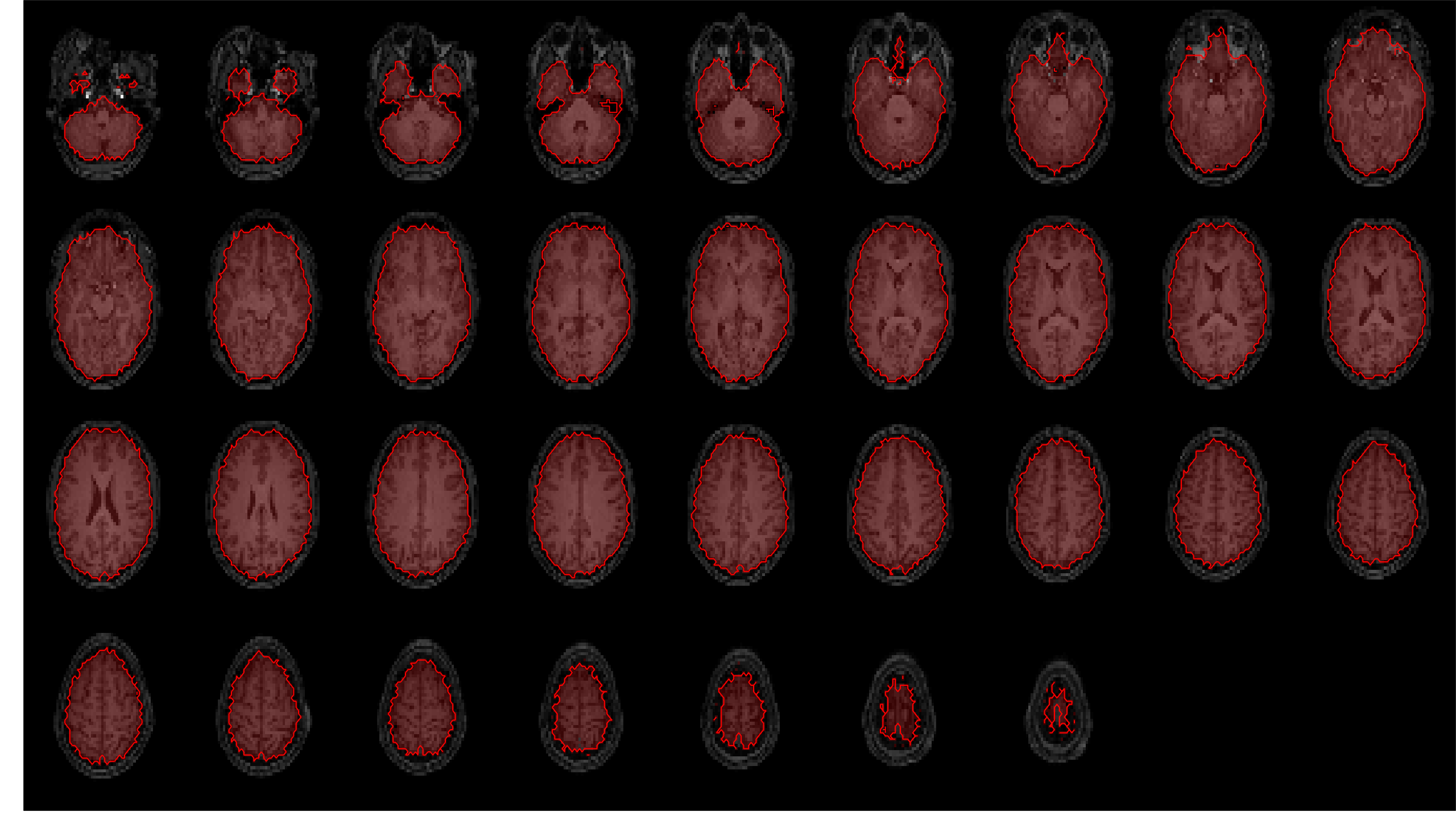 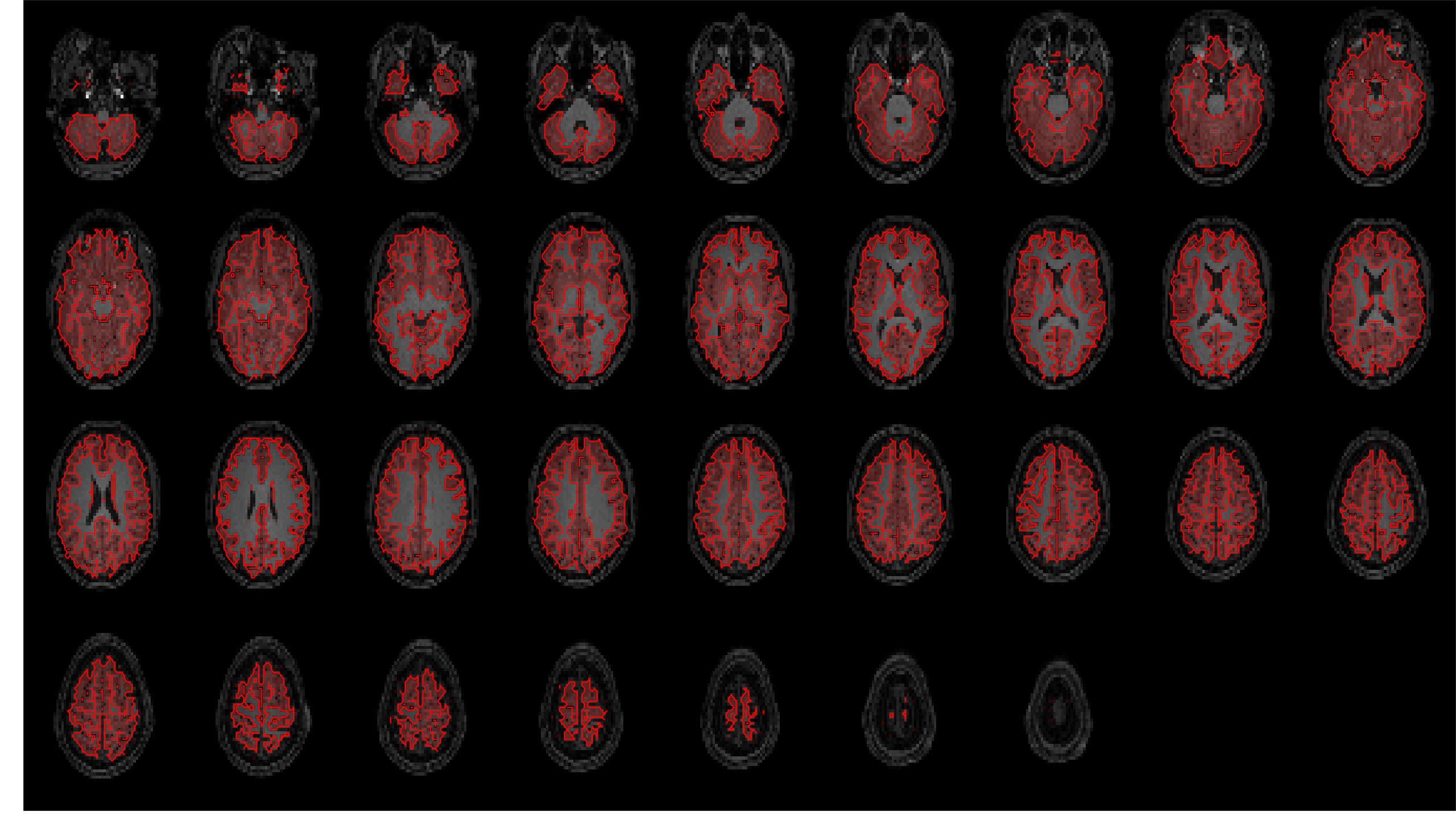 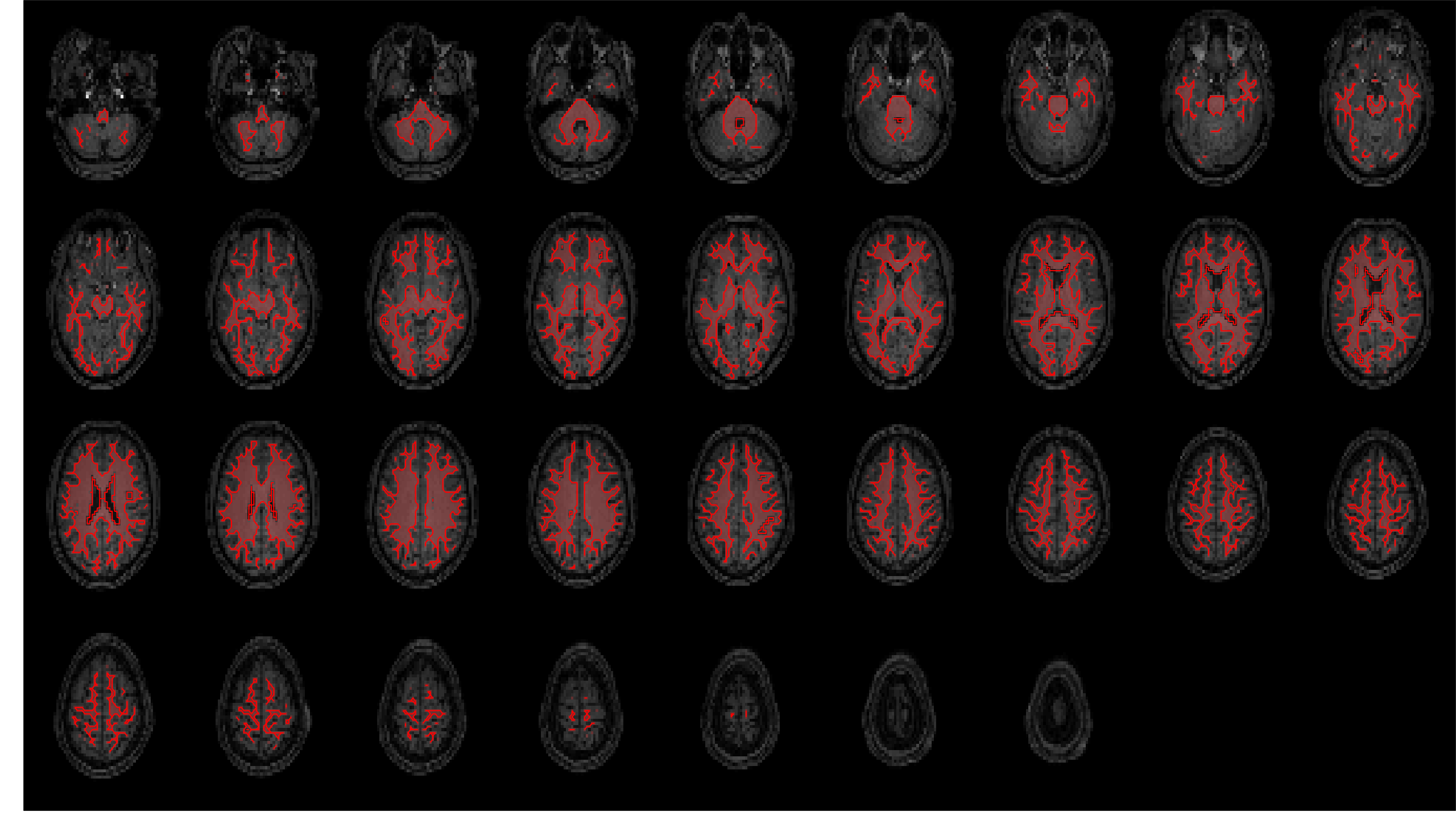 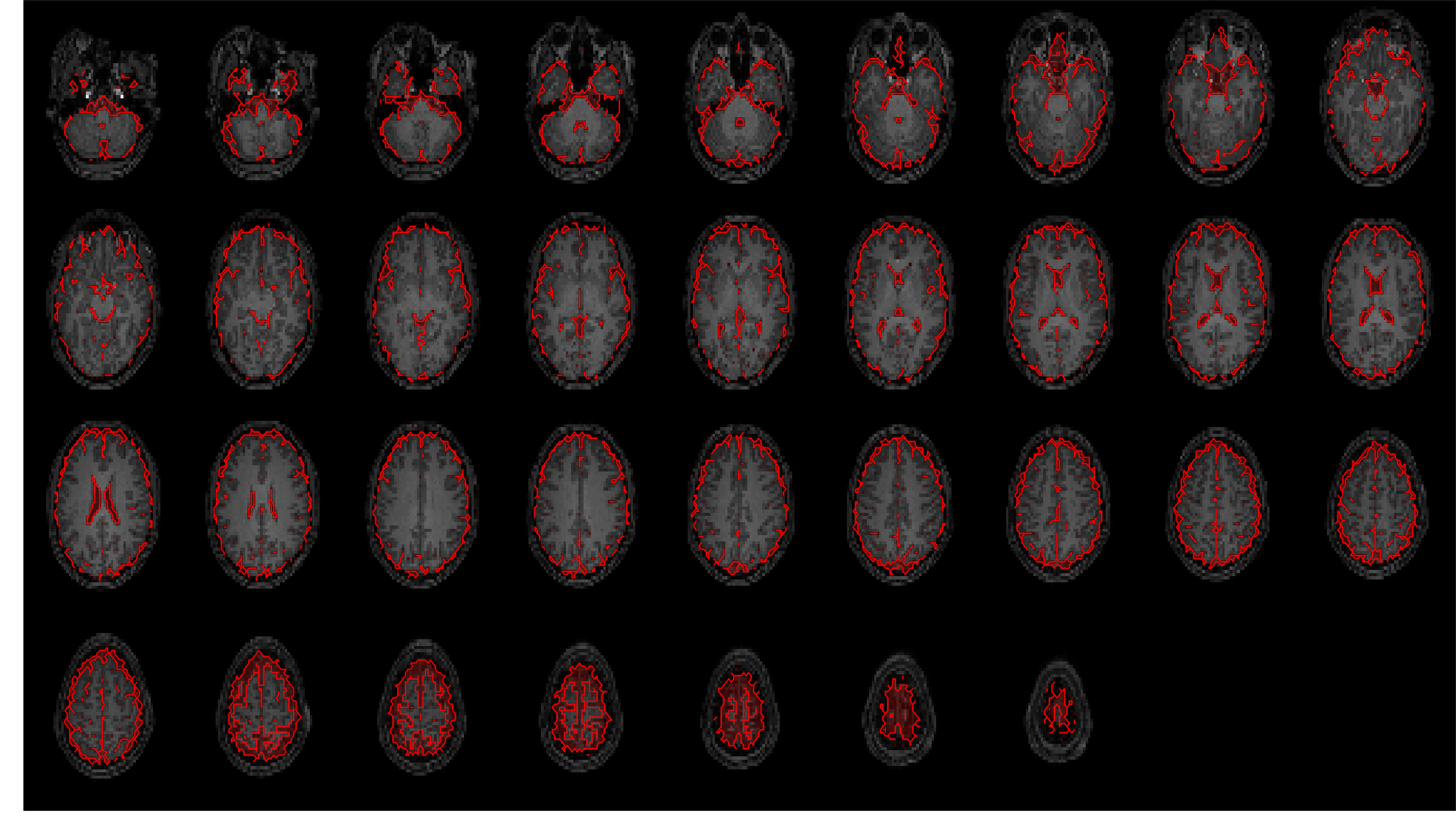 
For functional quality reporting, several processing steps are executed on several data sources, including the functional time series, head movement parameters and physiology data. Statistical measures are calculated from the time series data, yielding spatial QC measures (e.g. standard deviation and temporal signal to noise ratio maps) and timeseries visualisations (e.g. framewise displacement, grayplots, etc). If physiology data are available for a run, quality metrics for these are extracted from the PhysIO pipeline included as a dependency in this toolbox.

The following QC measures are derived and displayed below:

This includes framewise displacement means and outliers, as well as statistical measures like mean temporal signal to noise ratios (tSNR) in different tissue types. This includes several image montages. The time series mean gives a quick view of the general quality of the time series and can also spikes or interference artefacts. The standard deviation map shows areas with high signal fluctuation that is often related to movement (e.g. the eyes). The temporal signal to noise ratio maps are useful for investigating signal dropout and comparing the tSNR across regions. The main feature here is the grayplot (see this article) which displays voxel intensity in percentage signal change from the mean (color axis) over time (horizontal axis). The vertical axis indicates single voxels, either grouped together per tissue type (compartment ordered) or ordered from top to bottom according to the voxel's time series correlation strength to the global signal. Single traces above the grayplot are also shown, including tissue compartment signals, respiration, heart rate, and framewise displacement. These plots are useful quality checking tools as they make it easy to visualise widescale signal fluctuations across voxels, which can then be related visually to changes in physiological traces or subject movement. Checking the quality of the recorded heart rate and breathing traces is made possible with these images extracted from the PhysIO workflow. The top plot displays temporal lag between derived heart beats within thresholds for outliers, while the bottom plot allows checking the breathing belt amplitude distribution for unexpected shapes.